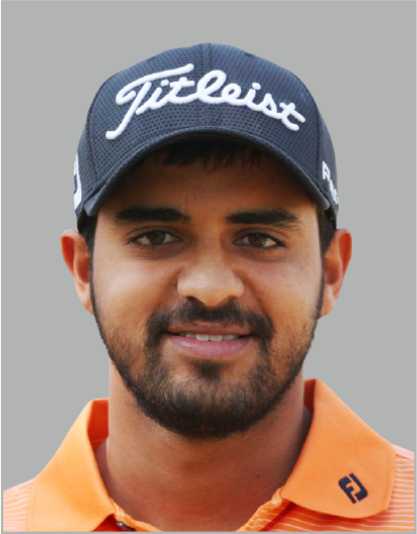 •    Khalin Joshi has had three top-10s from three starts in the 2020 PGTI season. His best results have been fifth at the TATA Steel PGTI Players Championship presented by Eagleton – The Golf Resort and tied fifth at the Bengal Open.

•    Khalin won the 2018 PGTI Order of Merit thanks to his outstanding results at joint-sanctioned events such as Panasonic Open India, which he won, as well as the TAKE Solutions Masters where he finished tied sixth. He also had a sixth place finish at the Louis Philippe Cup 2018 (PGTI & Asian Development Tour co-sanctioned).

•    He secured three top-10s on the Asian Tour in 2017 to earn his card for the 2018 season. His top results on the tour in 2017 were runner-up at the TAKE Solutions Masters, sixth at the Royal Cup and ninth at the Bashundhara Bangladesh Open.

•    Khalin took sixth place in the 2017 PGTI Order of Merit having posted seven top-10s including a runner-up finish at the Golconda Masters and joint runner-up finishes at the BTI Open and Pune Open.

•    Joshi finished fourth in the 2016 Rolex Ranking as a result of his win at the PGTI Players Championship at Classic, four runner-up finishes and six other top-10s. He was part of the TAKE Chennai team that won the 2016 LP Cup, PGTI’s annual team event. He also clinched tied seventh place at the Asian Tour’s Panasonic Open India 2016.

•    Khalin recorded two top-10s during the 2015 Asian Tour season as he was joint runner-up at the Bashundhara Bangladesh Open and tied 10th at the Philippine Open.

•    Joshi finished fourth in the 2015 Rolex Ranking thanks to a win at the PGTI Ahmedabad Masters, a joint runner-up finish at the McLeod Russel Tour Championship and four other top-10s.

•    Khalin won the PGTI Players Championship at Noida in 2014 and posted runner-up finishes at the J&K Bank PGTI Pahalgam Masters and 13th TATA Open in the same year to be sixth in the Rolex Ranking. He also had three other top-10s in the season.