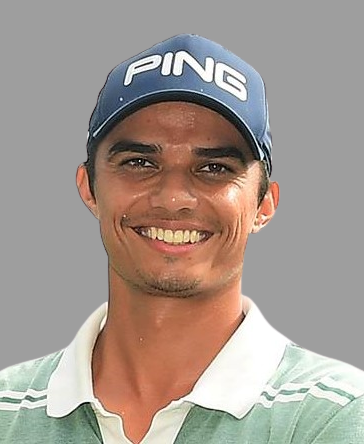 •    Sandhu’s breakout season on the Asian Tour came in 2017 when he bagged his maiden title on the tour at the Yeangder TPC. He also claimed tied second finishes at the Macao Open and Panasonic Open India as well as third place at the TAKE Solutions Masters and tied eighth at the Indonesian Masters. He finished 21st on the 2017 Asian Tour Order of Merit.

•    He won the Taiheyo Club Challenge Tournament on the Japan Challenge Tour in 2017 in the week following his victory at the Yeangder TPC.

•    Ajeetesh retained his Golconda Masters title in 2017, was runner-up at the TAKE Classic and secured six other top-10s on the PGTI during the season as he finished 12th on the Order of Merit.

•    He won the Golconda Masters in 2016 and had seven other top-10s during the season. He thus finished seventh on the 2016 PGTI Order of Merit.

•    Won the DLF Masters 2012, ended third at the PGTI Players Championship, Noida and clinched five other top-10s during the 2012 season to take sixth place on the PGTI’s money list.

•    In 2005, Ajeetesh won a two-year scholarship at the IMG - David Leadbetter Golf Academy in Florida, USA. He remained with the academy from September 2005 till December 2007 where along with golfing Ajeetesh finished his high school at the Pendleton School located at the IMG Academies campus.